I was born and grew up in Perry, Iowa. After high school I enlisted in the US Army, served three years of active duty, and five years of inactive status before being Honorably discharged in 1988. Currently, I am employed with the city of Boone Iowa as a Water environment treatment plant operator and have been working in this field for twenty-nine years. I have a daughter, a son, and will soon marry my best friend Robbie and add her son to our family.

Early in 2002 my kids tried Jun Ki Do Karate. I wanted to lead by example and joined the class myself. Later I found an instructor in Adel Iowa who taught Tae Kwon Do for Chung Kim’s Black Belt Academy. I received my 1st Dan black belt, and in 2005 started to teach Tae Kwon Do in Perry. I have learned a lot, and am still learning about myself and the students I teach. Tae Kwon Do has become an important part of my life and has helped me be a better person, not only in the school but in my personal life as well. I feel very fortunate to be a part of the Chung Kim’s family, and now hold a 5th Dan Black Belt. 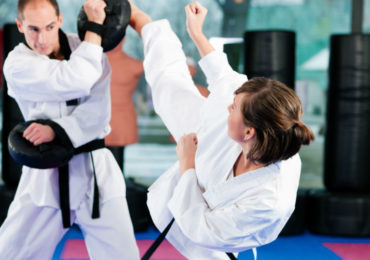