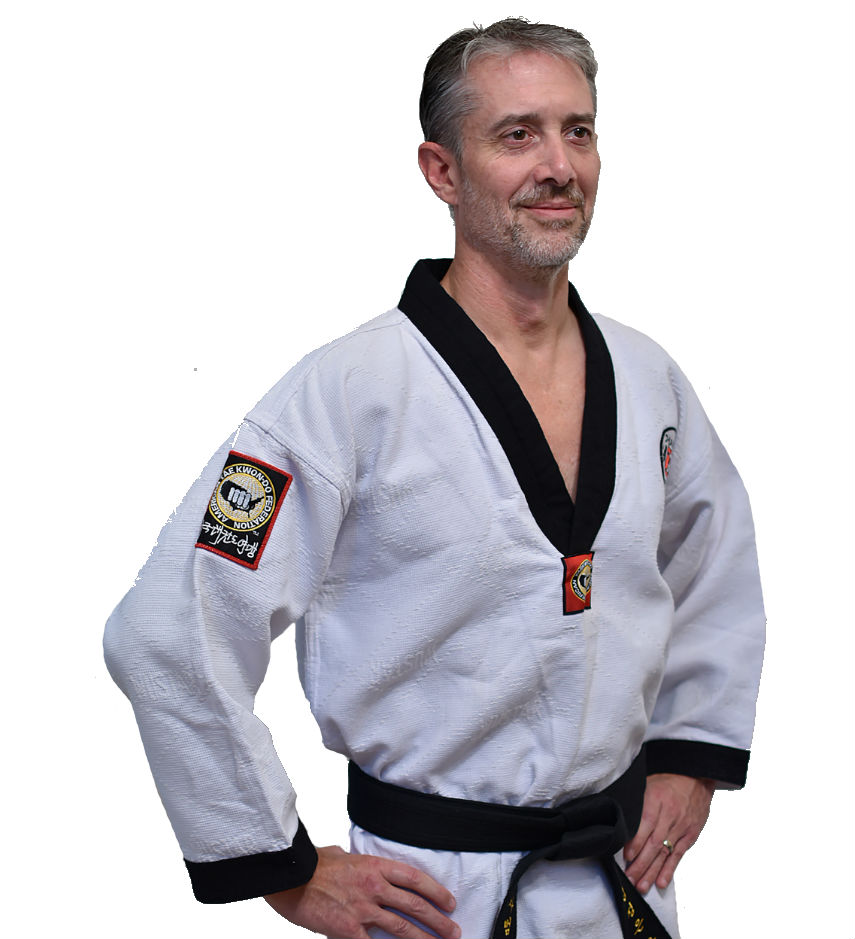 I began my Tae Kwon Do journey as most of you, with SaJu KongBong 1 and 2. I had always wanted to learn a martial art and had practiced from books with a friend when I was in Jr. high and high school. My real training started in 1988, with a one-credit-hour course for the physical education department at Drake University in Des Moines, Iowa. The training continued and soon I began leading the class.

In 1992, I opened the Raccoon Valley Martial Arts Academy in the “Little Theatre” building in Adel, Iowa. In 1996, my wife and I bought a 13,000-foot furniture store, and with our students, we removed all of the interior walls to build a state of the art facility. In 2001, I opened a second school at Prairie Life Health and Fitness in Des Moines, Iowa. As a fundraiser for Big Brothers and Big Sisters, we attempted to set a new Guinness World Record for the most boards broken in an hour. The previous record was 1,500, so we purchased 3,000 boards. The efficiency of the team was incredible and after 38 minutes and 38 seconds, we ran out of wood, and I was awarded the record for breaking 2896 boards in an hour. The next year, we opened a third school in Perry, Iowa at the city recreation center. Then, in 2005, I was offered a position with the Department of Justice I could not pass up. This could have easily been the end of the Raccoon Valley Martial Arts Academy, but my students wouldn’t let that happen. I am so proud, humbled, and honored to say my students have continued the tradition for nearly 15 years since I was called away and have raised many Black Belts of their own. I owe a huge debt to Mr. and Mrs. Reynolds, Mr. Ellsbury, Ms. Baker, Ms. Abeltins, and Mr. Taylor. I continue to teach defensive tactics for the Department of Justice.